My first guitar was a Barnes & Mullins hollow-body electric, reminiscent of the GIbson ES guitars.  It was awful.  A high action made solo playing difficult and chords even more difficult.  But it built up the strength in my left hand…  The B&M was replaced with an Italian Eko “Rangemaster VI”  four-pickup electric.  As with most Italian products, the design focused on the aesthetics rather than the function.  It was finished in pearlescent blue and looked the business.  It sounded awful but was at least playable!  A Hayman 3030 followed – see the picture below.  A much better guitar, designed and built by James O. Burns, the noted British guitar manufacturer of the 1960s. 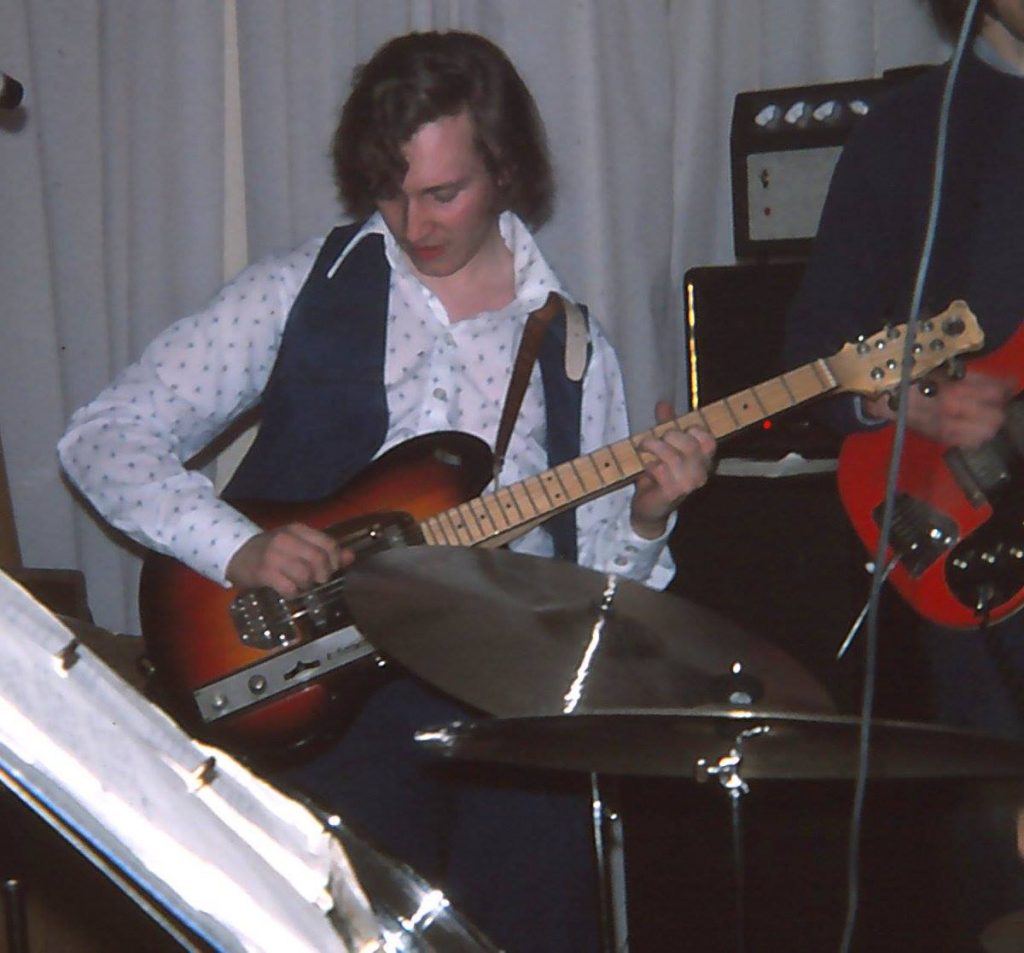 The Hayman was a great player but lacked any real sustain.  As I was starting to learn to play solos, I needed something better so in 1975 I acquired my first Fender – a 1967 Telecaster.  This was a revelation and I have been mostly a Fender player ever since.  The current roster is four, and includes two Telecasters – my original 1967 standard  – and a wonderful MIJ 1993 fitted with a 1964 Gibson Les Paul PAF pickup at the neck and a Seymour Duncan “Screamin ‘ Demon” at the bridge.  It has a great sound and you can hear it to effect on “Somebody Have Mercy”.   I have two Stratocasters, a 1977 American Standard “hard tail” which you can hear on “Conversation” and a 1981 MIJ/US Standard which I restored from a wreck and fitted with Seymour Duncan SSL pickups.  It is currently my main instrument, hear it in particular on “Lonesome Road”, “Secret Agent Man” and most of the other VI Blues Band tracks.

In addition I have several acoustic guitars, a Gibson Firebird V  (one of the rare ones without a tremelo) – it’s the lead guitar on “The Cruellest Thing” – and an Epiphone JoBo Les Paul – I am playing slide on it on Somebody Have Mercy.